Losar is the Tibetan word for “New Year” (“Lo” meaning year, and “Sar” meaning fresh or new) and it is THE most important holiday in Tibet.
The first day of Losar in 2014 will fall on March 2nd, which by the Tibetan calendar will be the first day of the Wood Horse year of 2141.

Losar is celebrated over 3 to 15 days, with main events occurring on the first three days when the moon is new.  Festivities are a blend of secular and sacred traditions that date back hundreds of years representing the struggles between good and evil.  Though the origin of Losar is not properly known, records state that the history can be dated back to the pre-Buddhist period.

Friends and family will celebrate with special foods and drinks, new clothes, and visits to Buddhist monasteries for prayers and New Year rituals.
Rituals are divided into two parts: First there is a closing of the old year, where we say goodbye to all of its bad aspects and negativity; and then we focus on welcoming the new year, and hopefully invite auspicious abundance into our lives and homes.

During the month before Losar, Tibetans will use white powder to sketch the Eight Auspicious Symbols on the walls of homes and monasteries. These symbols are representations of the offerings that the Gods made to Buddha as he attained enlightenment (a parasol, a pair of golden fish, a conch shell, a lotus blossom, a vase, a victory banner, the Wheel of Dharma, and the Eternal Knot).

New Year’s Eve – Nyi Shu Gu.  On the evening of the last night of the year, the 29th day of the Tibetan calendar, the monasteries perform special rituals to appease the deities and to protect all people for the year ahead.  Nyi Shu Gu is a time to cleanse adversities, obstacles, uncleanliness and sickness.  People serve a special noodle soup called Guthuk, which is actually based upon a traditional noodle soup, Thukpa Bhatuk.

Day 1 – New Year’s Day – Lama Losar.  The devout Tibetan Buddhist begins the new year by wishing the Dalai Lama good luck for the coming year, and by honoring his or her Dharma teacher.  It is also traditional to offer sprouted barley seeds and buckets of tsampa (roasted barley flour with butter) and other grains on home altars to ensure a good harvest.  Lay people visit friends to wish them Tashi Delek “auspicious greetings” or loosely, “very best wishes.”

Day 2 – Gyalpo Losar.  The second day of Losar, called Gyalpo or “King’s” Losar, is for honoring community and national leaders.  Long ago it was a day for kings to hand out gifts at public festivals.

Day 3 – Choe-kyong Losar.  On this day, lay people make special offerings to the Dharma protectors and to the monks at their monasteries.  They raise prayer flags from hills, mountains and rooftops and burn juniper leaves and incense as offerings.  The monks often bless people by marking their foreheads with white powder.

This pretty much wraps up the spiritual side of Losar, however, the subsequent partying may go on for another 10 to 15 days ending with Chunga Choepa, the Butter Lamp Festival, which occurs when the moon is full.

Two things come to mind as I ponder the start of a New Year:

Lha Gyal Lo (May the Divine Prevail) ~  Bhod Gyal Lo (Victory to Tibet)
May all beings be happy and well, as we celebrate Tibetan New Year.

May we strive to walk in mindful Beauty. 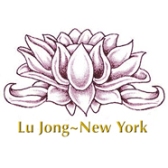 What’s this place about?

This blog is my play space! I get to express myself and share information that I hope will be of interest to at least ONE other person on this planet. Some bits will reflect my core interest in Tibetan Culture, Buddhism and Lu Jong yoga; others the wide array of 'other' interests that roll through my mind. All are pieces of ME and come from the heart. May this be of benefit to all ... or at least provide a couple of minutes of entertainment and a smile!

A WEEK AT THE BEACH
stovetopstory.wordpress.com/
Poiein

a journal of essays, poetry and prose by chris goursky